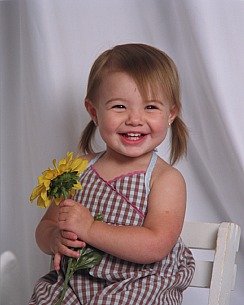 Little Miss Riley, a beautiful strong little girl with a smile that will light an entire room. She continues daily to battle the effects of Shaken Baby Syndrome. Our thoughts and prayers for continued strength in these trying times go to not only Riley, but her parents as well. Now on to her beautiful, amazing story of hope, faith and love.
The daughter of Brad and Lisa Gilbert, was a healthy, happy, energetic, beautiful, social, and bright child. She was just over 2- years- old, and was hitting all of her milestones early. There were so many things Riley enjoyed doing- dancing, swimming, coloring, playing with her stickers and play doh (i.e. her “colors”) with daddy. Riley loved her “guys” (little figurines she carried everywhere with her) and her Disney shows and movies. Riley loved to look at books, and could tell me what every picture was. She loved playing with other kids. She had even learned counting in Spanish and some sign language. She loved being outdoors, going for walks, and going to the park to play on the swings and slides. Riley was honestly the model child, I couldn’t have asked for a more perfect little girl.

On March 27, 2007 their lives were changed forever at the hands of a day care provider, and family friend. The day started out as any other- we awoke in the morning, got ourselves ready, said our goodbyes, exchanged our kisses and “I love you’s” with Riley’s dad, and left on our way to the babysitter’s home. Before I left that day, I said goodbye and I love you to my little angel and gave her a kiss, as I always did. She was all smiles, in her new purple Gap velour sweatsuit holding on to her yellow sippee cup filled with milk, playing with one of her friends- I’ll never forget that vision, because I will never see my little girl in the same way again.

At about 12:20 PM, I received a phone call from our babysitter stating that something was wrong with my daughter, that she had been put down for a nap, and she wouldn’t wake up. My stomach dropped. I asked if she had called 9-1-1- she had not. I instructed her to do so and I immediately gathered my things and ran out of the building.

Riley was air lifted to Albany Medical Center that afternoon. It was in the ER that we learned Riley had suffered a traumatic brain injury- we were in shock. She was fine when we dropped her off. They informed us that she needed to be rushed into surgery to save her life, and we immediately gave permission to do so without another thought, anything to save our little girl. 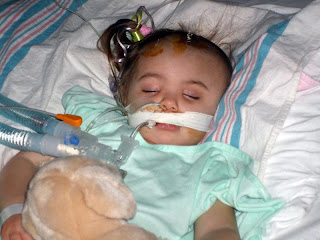 The first of many miracles to come over the next year, Riley had made it through surgery- but she was not expected to survive much longer- her chances were slim. If she did survive, there was no way of knowing how she would be, but most likely, she would never be the same child again. The neurosurgeon explained the severity of her head injury and prepared us for the worst- we hoped for the best. We just wanted her to survive. Riley would be fighting for her life over the next few days.

We were living every parent’s worst nightmare. Riley was hooked up to a respirator, her little chest jerking up and down in an unnatural way. She had tubes coming out of her nose, mouth, chest and arms. She had bandages around her head where there were endless staples from her surgery- they had removed her left bone plate to allow her brain to swell, and they had shaved half of her hair off. There were monitors next to her bed that showed her heart rate, blood pressure, respiratory rates, and the amount of pressure in her head- the numbers appeared to be constantly changing. There were two poles behind her bed filled with medication delivery devices, at least 5 on each. She had two nurses assigned just to her, sitting right outside her door at all times, monitoring her care. Her little face was so swollen, her eyes were bruised and swelled shut and there was dried blood on her face. I couldn’t do anything other than stand there helplessly, hold her hand, pray and cry. We didn’t speak because the doctors said that she would try to hear us and it would strain her too much to try and focus on anything- they wanted her to rest. The room was dark and quiet except for the beeping of all those machines and the noise of the respirator.

During the next 3 months in the PICU, Riley defied the odds and was so strong, she endured more then any child should have to. Her heart stopped beating and she coded twice while I stood by and watched helplessly as doctors worked to revive my daughter- pumping her chest, injecting her with drugs, shocking her little heart. The second time in May of 2007, they had to put her back on the ventilator to help her breathe – at that time they also found a blood clot and spent over a week trying different drugs to regulate her heart rate and blood pressure. She faced surgeries to clean an infection from her brain, to replace her skull plate, to clean up her incision from the initial operation, to have a ventricle drain put in, to have a permanent shunt placed, to insert a feeding tube in her stomach (she had this surgery twice and went to the ER three times to have it corrected), she faced multiple infections in her blood and in her cranial fluid and spent over a month on antibiotics, she spiked high fevers, suffered morphine withdrawal (twice), had tremors so severe they prevented her from sleeping, she was also placed on methadone to help with drug withdrawal. I’ve lost count of the number of CT Scans, EEG’s, MRI’s and other medical procedures and tests Riley has had to suffer through. I stayed at the hospital with Riley the entire time, I couldn’t bring myself to leave her side, I was terrified that I was going to lose my daughter.

After leaving the PICU in June of 2007, Riley was finally transferred to a rehabilitation hospital. The first two weeks Riley didn’t do much other than cry both in and out of therapy. There was nothing we could do to soothe her. She was able to get some physical, occupational, speech and recreational therapy but it was very stressful and exhausting for everyone. She couldn’t eat any solid foods, and wouldn’t open her mouth for months. Riley was unable to hold her head up after so many months lying in bed and had no control of her neck or torso. She would drool all the time because she couldn’t swallow properly. She had a condition known as “drop foot” from lying down. Her hands also needed braces and were often stuck in a fist-like position. She would often “tone” which is when she would hold her whole body rigid and then cry. It was difficult to break her of this, and she still does it occasionally, even on medication to control it.

On top of all of Riley’s medical issues, my husband and I were considered suspects of this brutal crime, and were pulled from Riley’s bedside on countless occasions to be questioned and to make statements to police officers, social workers, attorneys, and Child Protective Service workers. We were forced to leave our daughter and endure reliving the most horrible experience of our lives over and over again, even on the stand at Grand Jury, Family Court, and finally, over a year later, at the Criminal Trial. Everything in our lives was put under a microscope- our parenting skills and style, our decisions, our family and friends, our pets, our love and care for our daughter. My husband and I eventually had to come to terms with the realization that our friend had in fact hurt our daughter. We’ve had to live with the guilt of leaving our daughter with someone we thought we trusted unconditionally, someone we loved, and someone we considered a friend. We went to trial in April 2008. Riley’s attacker was found guilty and sentenced to 18 years in state prison for the assault.

In over two years Riley hasn’t walked, fed herself, or sat up without assistance. She is finally able to say “hi” and “on”. She is legally blind and will face that challenge for the rest of her life. She must take seizure medication and muscle relaxers on a daily basis. She still cannot fully hold her head up for long periods of time, and she still needs to be held or be in a special chair or standing frame that holds her up. Riley is steadily making progress with her eating, and luckily the feeding tube is gone. We have purchased countless sets of braces for Riley’s legs, two special chairs for her to sit in, a special car seat, hand splints, endless medications, glasses and vision therapy. Riley has recently started potty training. She attends an integrated preschool program where she gets physical, occupational, speech, assistive technology and vision therapy. She has a one-on-one aide to assist her in every activity at pre-school. She still attends therapy at the hospital once per week to work on her walking, and is also enrolled in hippotherapy (horseback riding) and swim class. She has faced numerous dental appointments to correct oral issues sustained from months of breathing tubes and her tonic bite, by not allowing us to properly care for her teeth. Riley will have Botox treatments next month to help loosen some of her muscles.

Riley’s future is so uncertain, as is the nature of a traumatic brain injury. Every case is different. The brain controls everything, and the healing process is very slow. She faces years and years of continued therapy. My husband and I remain optimistic, because we love our daughter and refuse to believe that this is the way she will be forever. We want our daughter back. We will continue to provide Riley with everything she needs to work toward recovery, no matter what that entails. Every small accomplishment is huge for us. Her smile and laugh gets closer to the one we remember, a simple function that took Riley almost 8 months to gain back. We continue to hope. Riley has proven to be stronger then any other person I know, even at the age of 6. She is my inspiration. The doctors have prepared us for the worst case scenario- that Riley will stop improving, and that she will require assistance with everything for the remainder of her life. My husband and I realize that this may be Riley’s reality, but we choose to take each day as it comes, to be grateful that our daughter is still alive and with us, and to provide her with all of the love and support she deserves on this journey. We will deal with each issue as it comes and are still trying to pick up the pieces, focus on the future, and move on. 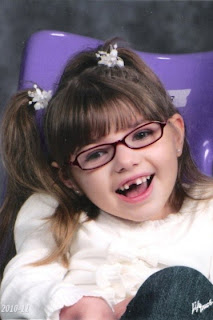 Love, Lisa Gilbert
Mother, to Riley Gilbert
If you have any questions or concerns about what can be done to help babies who have been shaken, or families of babies who have died, please call Christopher Keane and The Keane Law Firm toll-free for free consultation at (888) 592-5437 (KIDS), click on contact us here, or use the web form provided at http://www.keanelaw.com