Today we bring you a story of un-silenced triumph, through a story many have known, but may not have known the contributor to the story.


Rachel Puckett is the Child Abuse Social Media Coordinator for Keane Law Firm, and she recently planned, as many blushing brides do, the wedding of her new dreams.  The flowers, food, the hand written vows, picking out the bridesmaid dresses, clear down to the flowers... However, there is one key factor that played such an important role in making her special day complete.


We introduce to you Sadi Workman, mother to Maddalynn Marie Lowry, victim of Shaken Baby Syndrome.

The paths of two complete strangers crossed in April 2007, at the 2nd Annual Shaken Baby Syndrome Candlelight Vigil in Sarasota Florida.  The event, was the first public event that strives to bring together families with shared experiences for comfort, being those that have suffered a loss or life changing experience due to Shaken Baby Syndrome.


While setting up the last picnic tables at the beach gazebo, just off Siesta Key Beach, Rachel noticed a face she had not seen ever before.. Looking around she saw everyone flooding in that RSVP'd, however there was a face, she had never come across and wanted to know more.  The Vigil and Event was a success from start to finish, and as the Vigil came to a close, the spark of a life long friendship came to form.  This person was Sadi Workman.


Sadi was just getting into the routine as a mother to Maddalynn whom was born September 28, 2001... and little did Sadi know all that would soon change again December 2, 2001, the day her daughter was Shaken.  On December 6th, Madalynn passed on due to the injuries sustained due to Shaken Baby Syndrome, and the perpetrator served only 7 years for what he did to her...


Going through the motions of grief, even years later Sadi is struggling to understand, comprehend why, and taking the steps to maintain a healthy being for her son she is currently raising.  Taking medications of all sorts prescribed under the close supervision of a primary care physician, is definently not what she could ever have known back in September 2001.


Rachel goes on to tell us, "After the Vigil when I met Sadi, we just had such an immediate bond, as both of our daughters, Maddalynn and Madilyne, were shaken to death, by someone we trusted.. and I knew our friendship would be un-ending."


They would go on for the next 5 years talking back and forth on the internet, as their paths crossed one day in Sarasota Florida, Sadi would make a move to Illinois and Rachel would make the move to Little Rock Arkansas.


On February 19th, 2011, Rachel received 2 of the best gifts life could ever give to her.. the chance to fulfill her dreams of marriage, and to have Sadi in her wedding in March 2012..  Those dreams came full circle March 10th 2012.. Throughout the planning process many things could raise the eyebrow of the simplest person, however not for Rachel, and not for Sadi.


Dressed in a black dress, standing at the front of the room, Rachel walked in to see Sadi standing there with her soon to be husband, which could not have been pictured anymore perfect.


There is a calming sense to our friendship, because we know the struggles each other has to battle.  Many of our battles to fight the un-ending grief in our hearts, brings us to hours on end of phone conversations.  It is not an unpleasant thing, but one of the greatest of blessings two broken hearts can have. A friend no matter the circumstance. 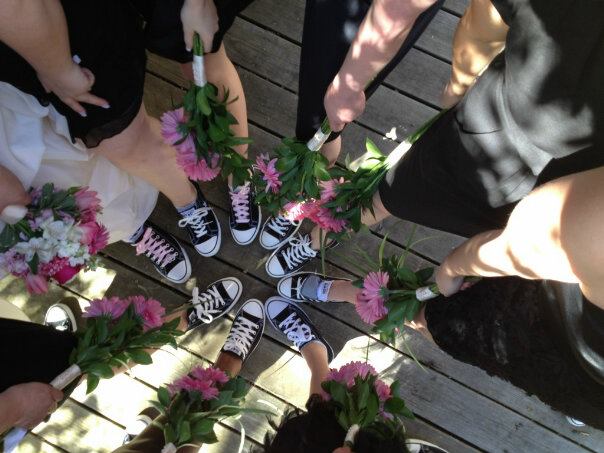 Sadi works to move through the grief, and to be the voice for Maddalynn in the best way she knows how.. Speaking of her, attending events, and ensuring that her son knows he has a sister who loves him very much.


"Life could never present to us the perfection it once had at the most trying of times.. but I believe through the love and support gained with meeting others affected and in comparable situations can truly be the healer of the heart with the help of God." -Rachel


"We met one day at the beach at an event that almost never was.. I would have never thought that just as the importance of a Father giving away his daughter at her wedding, a grieving mother standing next to my soon to be husband while my Father gave me away, would make such a huge impact on such a special day." -Rachel


Life does not always go on the way one may hope for it to, but life does have a beauty in the way things work themselves out, even on the darkest of days.